Britain, Counterinsurgency and the Challenges of Modern Warfare

Why did the British Army, the alleged masters of counterinsurgency, fail at this task in Iraq and Afghanistan?  How firm are the underpinnings of our understanding of counterinsurgency and where does COIN stand today? Mark Stout explores these questions with David Ucko of the National Defense University and the author, along with Robert Egnell of Georgetown University, of Counterinsurgency in Crisis: Britain and the Challenges of Modern Warfare. 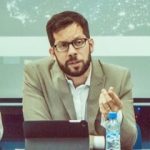 Dr. David H. Ucko, is Chair of the War and Conflict Studies Department and the director of the Combating Terrorism & Irregular Warfare (CTIW) Fellowship Program at the College of International Security Affairs (CISA), National Defense University. He oversees the delivery of the CTIW curriculum and the international outreach efforts to build a network of practitioners engaged with counter-terrorism, counterinsurgency, and irregular warfare.